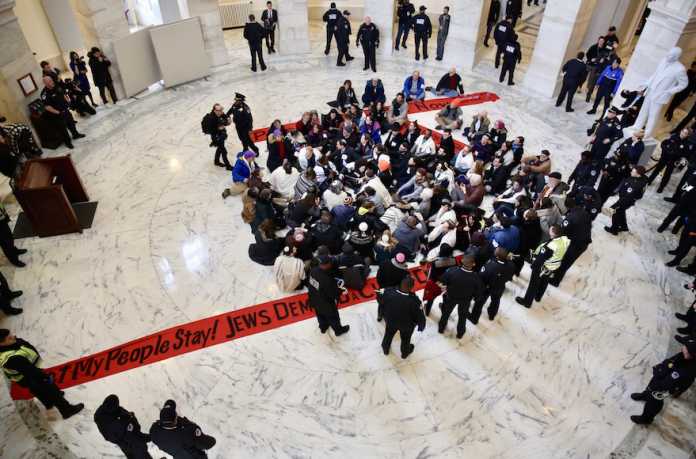 Police in the U.S. Capitol arrested some 100 Jewish activists, many of them clergy, who protested in a Senate office building on behalf of a bill that would protect illegal immigrants who arrived as children.

Several dozen of the activists from the Reform movement, the Anti-Defamation League, Bend the Arc, T’ruah and other Jewish groups sat in concentric circles on Wednesday in the Rotunda of the Russell Senate Office Building until they were removed by police. They sang protest songs in Hebrew and English.

The demonstrators demanded the passage of a bill that would protect the so-called “Dreamers.” President Donald Trump removed executive orders put in place by his predecessor, Barack Obama, to protect the Dreamers from deportation.

Trump said he is ready to endorse a measure that restores the protections as long as it includes new restrictions on legal immigration. Democrats are ready to countenance some restrictions, including money for a wall on the U.S.-Mexico border, but are resisting others — for instance, an end to “chain migration,” which allows new immigrants to sponsor immediate family for immigration.

Senators who back the “Dreamers” who stopped by the protest included Bernie Sanders, I-Vt., who posted film of the Jewish protesters on his Facebook page; Dick Durbin, D-Ill., the second-ranked Democrat, who is leading negotiations with Republicans and the White House on the issue; and Patrick Leahy, D-Vt. Also greeting the protesters were Jewish Reps. Ted Deutch and Debbie Wasserman Schultz, both Florida Democrats. Deutch posted photos of the protesters on his Twitter feed. 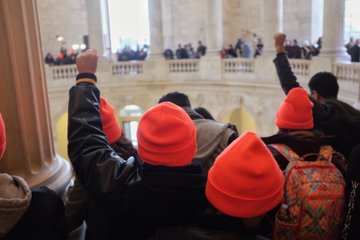 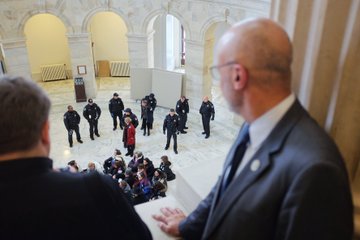 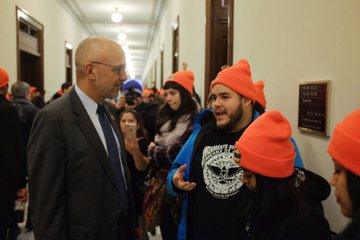 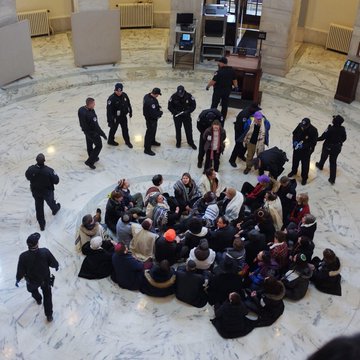 Powerful voices of Jewish faith leaders standing with DACA recipients and calling on Congress to do the right thing and pass a clean #DreamActNow.#JewsForDreamers #LetMyPeopleStay

“For all of the activists today, this is a matter of principle and a matter of core Jewish identity and core American identity,” Barbara Weinstein, the associate director of the Religious Action Center, said in an interview. “We shall not be moved.” 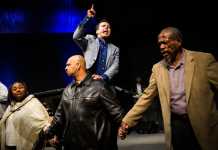 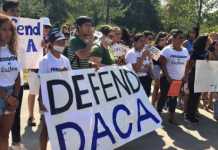 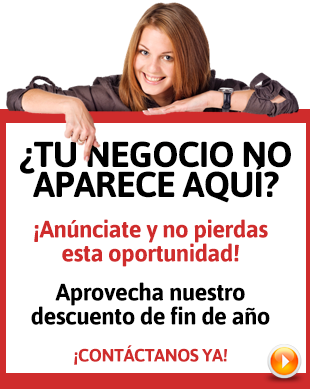